History, Memory, Archive: the three keywords that Vivan Sundaram has defined as the overarching concerns of his multi-disciplinary practice constitute the parameters of a shifting force field in which his work has come to be articulated over the last fifty years. Its continual dialogue with the history of art, notably, the diverse ways in which Sundaram critically revisits the forms and styles of certain art historical paradigms of twentieth-century art (associated with Dada, Pop art, Abstraction, Minimalism) is one of the topics explored by this talk. The other topic has a more biographical complexion. It focusses on the achievements of Amrita Sher-Gil, the pioneer modern Indian painter, who was Sundaram’s aunt, and of Umrao Singh Sher-Gil, Sundaram’s grandfather, an amateur photographer of some genius. Their respective bodies of work constitute a major contribution towards an understanding of the idea of 'the modern' in India during the crucial moment of the country’s passage towards independence from colonial rule, an idea which is also at the heart of Sundaram’s own endeavors as an artist.

Deepak Ananth is an art historian based in Paris. He teaches at the Ecole Supérieure d’Arts et Médias in Caen, Normandy. He has written on a range of modern and contemporary European and Indian artists, mostly for museum publications. His curatorial projects include exhibitions of contemporary French art, nineteenth-century French painting, Surrealist photography, the drawings of Roland Barthes, the place of India in the Western imagination (Indomania, Palais des Beaux-Arts, Brussels, 2013) and numerous exhibitions of contemporary Indian art following Indian Summer at the Ecole Nationale Supérieure des Beaux-Arts, Paris, 2005. 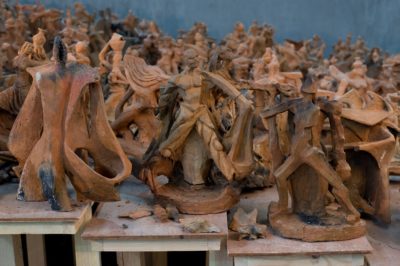