About Forensic Architecture - A lecture by Eyal Weizman %

“There are facts in an era of post-truth,” says Eyal Weizman of Forensic Architecture, “and, when the police and the state do not respond to pressing questions, it’s time for us to take over the investigation, using the tool of contemporary culture.”

The video installation “77sqm_9: 26min” created by the London-based research group Forensic Architecture was one of the most influential projects of documenta 14 and nominated for this year's Turner Prize. In the context of the 10th Festival Politik im Freien Theater, the work will be on view Nov. 1 -11 at Haus der Kunst.

In his talk, Eyal Weizman presents the work of his interdisciplinary team of architects, filmmakers, scientists, journalists and lawyers, who develop innovative visualization techniques to analyze and respond to political conflicts. The enlightened impact of the group’s visual work can be compared to the work of investigative journalism.

The video installation “77sqm_9: 26min,” a focus of Weizman’s presentation, deals with the NSU’s murder of Halit Yozgat and attempts to determine whether Andreas Temme, an employee of the secret service, did, in fact, witness the crime, despite his earlier claims to the contrary. For this the group minutely reconstructed the crime scene based on leaked files and a police video.

The event will be part of the 10th Festival Politik im Freien Theater and is in cooperation with the Federal Agency for Political Education.

Eyal Weizman is an architect, a professor of spatial and visual cultures and the director of the Center for Research Architecture at Goldsmiths College, University of London. Since 2011, he has been leading the Forensic Architecture project, with which he was represented at the 2016 Architecture Biennale in Venice, and at documenta 14 in Kassel in 2017. Born in Haifa in 1970, Weizman was one of the co-founders of the architecture collective DAAR (Decolonizing Architecture Art Residency) in the Palestinian city of Bait Sahour in 2007. Weizman was formerly a professor of architecture at the Academy of Fine Arts in Vienna and has taught at The Bartlett (UCL) in London, the Städelschule in Frankfurt and the Berlage Institute in Rotterdam. 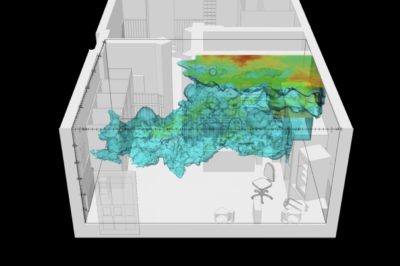