Audio Tour in English on "Interiorities"

Listen to Audio Tour in English on "Interiorities"

About Audio Tour in English on "Interiorities"%

For the exhibition „Interiorities“, Haus der Kunst is offering an inclusive audio guide. In addition to the usual audio tracks for adults in German and English, the audio guide contains an audio description for people with visual impairments.

Through the exhibition in English with Adjoa Andoh

Adjoa Andoh is a British actress, known on the UK stage for lead roles at the RSC, the National Theatre, the Royal Court Theatre and the Almeida Theatre. Also she is a familiar face on British television, notably in two series of “Doctor Who” as companion Martha's mother Francine Jones, 90 episodes of the BBC's long-running medical drama “Casualty” as Staff Nurse Colette Griffiths and a year in the BBC's EastEnders. Andoh won "Audio Book of the Year" for “Tea Time for the Traditionally Built”. For the exhibition “Interiorities” she now lends her beautiful voice to Haus der Kunst. She narrates the English audio guide for adults and accompanies you personally through the exhibition.

The audio guide was created in cooperation with the company soundgarden audioguidance GmbH.

The audio guide is included in the entrance fee. 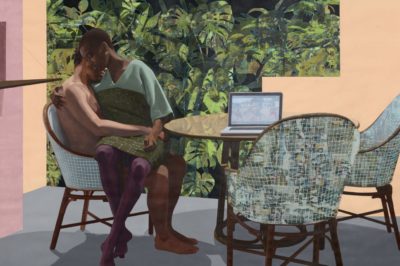