In 1910, the exhibition "Masterpieces of Muhammadan Art" was held on the Theresienhöhe in Munich. With almost 3,600 exhibits, it was the largest display of art from the Islamic cultural sphere ever shown, even to this day. It gave the Western observer a comprehensive historical view of the arts in countries influenced by Islam. It also paved the way for deeper, scientific research.

Objects that were thought of as quaintly folkloric or as being applied arts were suddenly elevated to the rank of "masterpieces". Seen from our standpoint, the exhibition of 1910 undoubtedly represents a turning point: It replaced the conventional and dominant idea of Orientalism and exotic fantasy and led to an objective consideration of the visual culture of the Islamic world.

Exactly one hundred years later the exhibition at the Haus der Kunst will be remembering this epoch–making show and will carry out an important change of viewpoint: It includes, among others, contemporary art, design, photography and fashion and offers artists and institutions the possibility of participating in the exhibition with their own concepts. The display in the main room, for instance, was created by Samir El Kordy, one of Egypt's most innovative young architects.

The current developments in the field of Arabic typography will also be shown thanks to a cooperation with Huda Smitshuijzen and the Khatt Foundation, Center for Arabic Typography and Design.

The exhibition will be divided into three parts: At the core will be a re-installation of about thirty of the most famous artworks from the 1910 exhibition. Artists who still use traditional elements of Islamic Art in their work, like ornamentation and calligraphy, will be gathered around the historical objects. They exemplify the various concepts of a modern movement, which makes use of Western, avant-garde aspects, but does not place emphasis on them. The outside ring with 10 cabinets is occupied by the works of contemporary artists and institutions.

The works are devoted to topics such as urbanism or politics and they grapple with the rapid changes in Cairo, Damascus and the Golf Region. The Palestinian Wafa El Hourani, for example, presents his tragic-comic future model of the Qalandia refugee camp, and the works of the Moroccan Yto Barrada focus on the  destructive exploitation of nature and growth at any cost. The Iranian artists Tala Madani, on the other hand, transforms the role of men in her paintings and animations. And the Iranian film maker, Abbas Kiarostami, rediscovers the universe language of feelings in his film "Shirin".

The exhibition "Future of Tradition – the Tradition of Future" will be held as part of the series Changing Views. 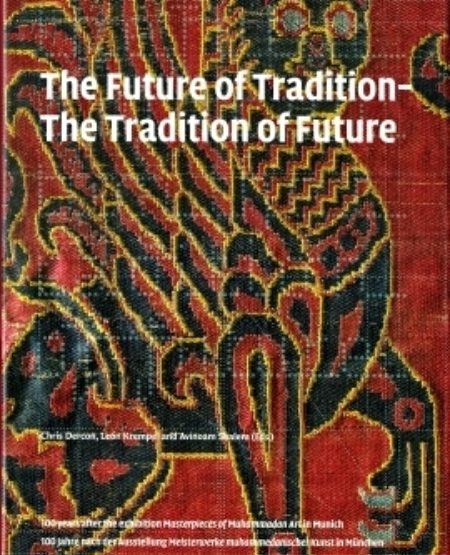