Politics and poetics, ethics and aesthetics: the continual crossing of these
dimensions defines the forcefield in which the multimedia oeuvre of
Vivan Sundaram (born 1943 in Simla, India) has taken shape over the last
50 years. His artistic beginnings coincide with an emblematic date in the
second half of the twentieth century: 1968, synonymous with the international protest movements of students, workers and civil rights activists.This was the year in which Sundaram made an important set of paintings, soon after graduating from the Slade School of Art in London. It was a moment that crystallized his conviction that an engagement with the world in all its actuality was the fundamental reason for being an artist. All his endeavors since then, in whichever medium he has explored, have focused on finding the formal means appropriate to this commitment. The collage/montage principle that he adopted early on made for a disjunctive pictorial space which put the frame under considerable pressure. Both Pop Art and Minimalism paved the way towards a practice understood as situated in an expanded field, and Sundaram is the artist in India whose work has most keenly registered the political import of this deterritorialization.

The turn, from the early 1990s, towards a spatially enlarged conception of art-making coincided with his interest in exploring the materiality of a range of substances, whether of industrial or artisanal provenance. It gave freer rein to a practice of bricolage (the assemblage of found objects) that has been an important formal component of his operational mode.
Sundaram describes himself as a political artist and as a critical witness to his times. It is the mediation of the plastic language deployed by him that makes his political stance indissociable from a poetics of making.

The presentation at Haus der Kunst is the most comprehensive and wideranging survey of Sundaram’s work at a European institution. The display is conceived as a sequence of juxtapositions with a view to suggesting how formal and thematic concerns ricochet from one work to another. History, Memory, Archive: the three keywords that the artist has designated as the overarching concerns of his practice are the signposts, as it were, for articulating the overall structure of the exhibition, an open-ended framework for exploring the connections or disjunctures between these terms and themes. 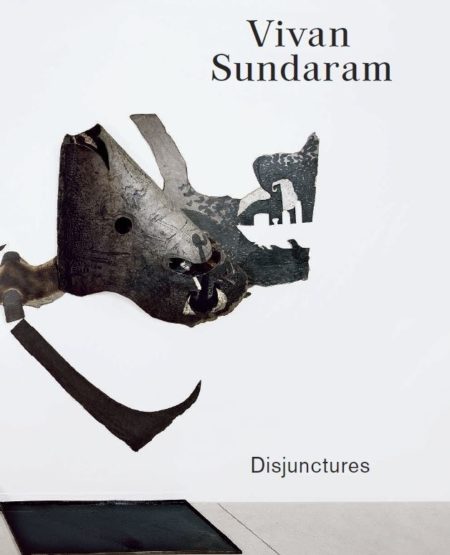