Only gradually does the eye find its bearings and the images' contours emerge from the black, gray and green tones of the small-format paintings of Victor Man. This gradual process of recognition transforms the images into a threshold, a place of transition into another, inner, reality. The space that opens up under cover of darkness within Victor Man's works leads viewers into a mysterious world that merges the mundane and fantastic, myth and fetish, individual experience and art-historical references, the male and the female, man and beast.

The title of the exhibition, "Zephir," drives the game of deception between disguise and rewriting further. It does not, as one might initially assume, refer to the wind deity of Greek mythology, who embodies the mild west wind and therefore the spring; the title quotes from a short story by the radical, underground Romanian writer Alexandru Monciu-Sudinski about a malodorous group of whales that haunts a city in a nightmarish scenario.  In addition to providing a survey of his work, "Zephir" includes new paintings and works with neon.

The presentation is characterized by an unusual exhibition architecture and installation: Winding, narrow spaces open up chapel-like niches, thereby compelling viewers to move up close to the paintings; tinted and specially treated walls (using the marmorino technique) and the spot lighting of the paintings, so they appear to shine from inside out, deepen the intensity and intimacy of the viewing experience. The paintings never provide explanations; Victor Man's mysterious game of hints and suggestions instead leaves the viewer with the feeling that a reversal of all meanings is always possible.

Victor Man received the Deutsche Bank's award for Artist of the Year in 2014. 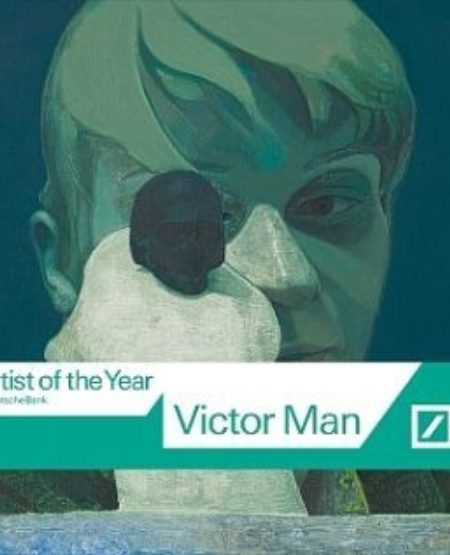