"The Girl with the Pearl Earring" by Jan Vermeer numbers amongst the most famous examples of a "Tronie", a type of painting that other Dutch painters, such as Rembrandt, Rubens and van Dyck also adopted. In the past, Tronies, which are also known as 'Character Heads', were often confused with the portraits of individual personalities, but unlike these, the Tronies were not commissioned works, but rather painted for the free market.

Hence their function is quite different: Like portraits, Tronies are made from a living model, but they do not focus on the portrayal of a particular person with a fairly detailed depiction of props, rather they explore the whole spectrum of human physiognomy and emotional expression. A half-figure can bee seen on a neutral background, her face is depicted realistically and with a strong expression. Tronies are particularly remarkable for the virtuosic handling of artistic means and they reflect the characterological concepts from the early history of psychology.

Marlene Dumas (born 1953) also takes a reflected look at the visible expression of emotions. The paintings and drawings by the South African artist, who has lived in Amsterdam since 1976, do not arise in a natural setting, unlike the Tronies from the Golden Age. Rather, they are made from photographic reproductions in books and other print media.

Her style changes from picture to picture. Dumas works with a paintbrush, spatters paint against her canvas, lets watery India ink run on paper, smears, wipes, contrasts open spaces with thick coats of paint. At first glance, her pictures look spontaneous, almost expressionistic; in reality, though, they arise from a well thought-out conceptual analysis of the portrayed subject. In her works, Marlene Dumas concentrates on the human body and face. Her theme is the human being's "basic drives": birth, love, sex, suffering, death.

Following large retrospectives in Japan, South Africa and North America, the Haus der Kunst will be presenting a selection of paintings and drawings – including some that have never been exhibited – in a dialog with some of the highlights of Dutch painting. 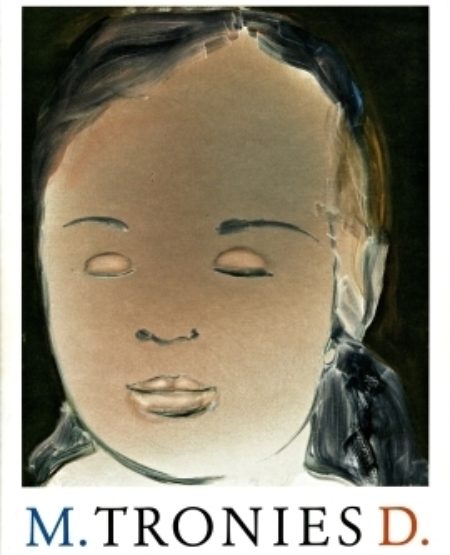