Haus der Kunst is pleased to present the photographs Stan Douglas has produced since 2008, as well as his newest works, revealing him at an exceptional moment in his artistic career: In these works, Douglas has closely interwoven music, film, theater, photography, and digital formats, allowing them simultaneously to be associated with various forms of media. A focal piece in the exhibition is the video-music installation "Luanda - Kinshasa" (2013), a fictional narrative about the absent Miles Davis. Douglas also broke new ground with his theatrical production of "Helen Lawrence" 2014), in which the actors' performances are filmed in real time and immediately uploaded into
a computer-generated environment (performances will take place in the Münchner Kammerspiele simultaneously to the exhibition opening).

The exhibition furthermore unites the newest, primarily largescale photographic series: "Crowds and Riots" (2008), "Interiors" (2009–2010), "Midcentury Studio" (2010–2011), "Malabar People" (2011), and "Disco Angola "(2012). These photographs depict staged historical moments, mostly dating from the end of the war until the mid-1970s: The black market culture of the postwar era and the transition to other forms of trade; striking dockworkers; demonstrations calling for freedom of speech; and the conflict between hippies and the authorities. In the series "Disco Angola", a synchronous viewing of New York's disco culture and the tense atmosphere in Angola, Douglas links the two cultures into an overlapping narrative about postcolonialism. He thus enriches the recent presentations in Haus der Kunst, which focused on concepts of the development of modernity by adding the deliberately fragmentary narrative: "A historical drama is staged in fragments, encouraging viewers to imagine a more comprehensive situation. (Stan Douglas) 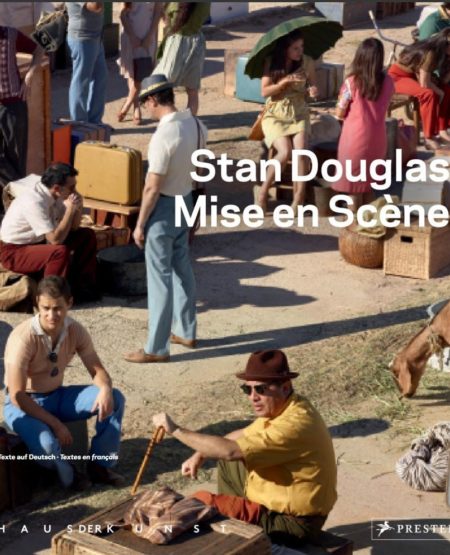