The works by Berlin-based artist Michael Schmidt (born 1945) present a further distinctive position within contemporary photography shown at the Haus der Kunst. Michael Schmidt takes only black-and-white photographs since, in his view, this neutralises our colourful world reducing it to a wide spectrum of greys. Therefore, Schmidt could be considered a photographer of greys rather than black-and-white: "Grey is my colour. There are thousands of grey gradations. Black and white are always the darkest and the lightest grey".

His images thereby lack any kind of superficiality; they avoid any sort of event and are far removed from the photographic concept of the "decisive moment". Up until the 1990s, Schmidt concentrated almost exclusively on his home town Berlin. The Wall, which defined life in the divided city, becomes the topic "Waffenruhe" [Ceasefire] in his photographic work (1985–1987).

In "Ein-heit" [U-ni-ty] (1991–1994), Schmidt combines individual and collective memories, and mixes images from East and West Berlin. "Ein-heit" generally deals with the symbolic language used in political systems and, at the same time, examines the apparently predetermined roles of individuals.

In 1996, he gains international acclaim with his solo exhibition at the MoMA in New York. Since the 1990s, Michael Schmidt continues to extend his artistic practice's scope: While travelling through the German provinces he developed the series "Irgendwo" [Somewhere] and his newest works show restrained as well as poetic views of the sea. 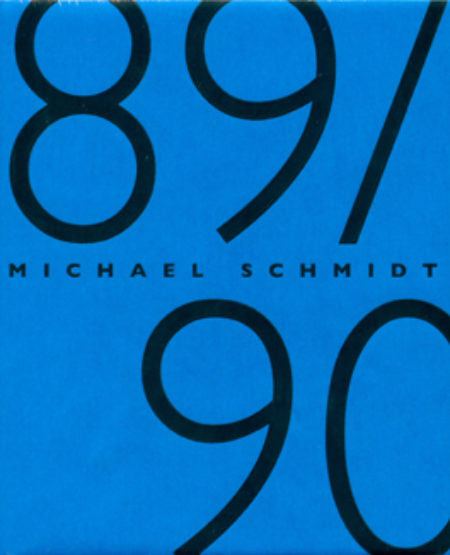