The American artist Mel Bochner (b. 1940) is considered one of the founders of Conceptual Art and is thus part of a generation of artists that radically broke with painting's dominant position in the early 1960s. Bochner primarily realized this by introducing language into his work. In his more recent pieces, however, Bochner increasingly deals with examining this once-maligned medium. Here, his own conceptual pictorial language offers him insight into new possibilities of painting.

In the exhibition, works are presented from all of Bochner's creative phases, including his early small sculptures and drawings, as well as installations, murals, photographs, and paintings, beginning with the work Working Drawings and Other Visible Things on Paper Not Necessarily Meant to Be Viewed as Art, which Bochner presented in 1966 in the gallery of the School of Visual Arts in New York. The show is regarded as Conceptual Art's first exhibition, and it was pivotal for the movement's development. Bochner later explored various themes, such as the theory of painting, as well as reproduction and transformation, which he investigated in depth in a photographic series.

Although a Conceptual artist, Bochner has made consistent use of color in his work. In his work of the past two decades, color contends with language and text. The "Thesaurus Paintings" series displays word chains on large-format canvases. Brightly painted letters compete with an equally colorful background and demand that the viewer both read and observe. In the eponymous series "If the Color Changes" (1997–2000), Bochner quotes from one of Wittgenstein's treatises on color. The German and English versions of the text overlap in the paintings, prompting the viewer to actively observe the complex text image.

In the yellow and black work The Joys of Yiddish from 2006, which Bochner has mounted on Haus der Kunst façade, the artist also makes use of the tension that arises from the text's content and the use of color. Here, the language of the victims in the Third Reich's Jewish ghettos is linked to the perpetrators' colors – the yellow and black armbands the victims were forced to wear.

The exhibition was organized by the Whitechapel Gallery, London, in collaboration with Haus der Kunst and the Museu de Serralves, Porto. 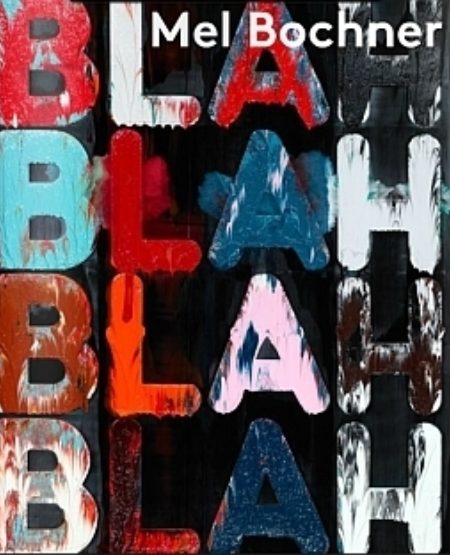