"Rooms are shells, they are skins. Peel off one skin after the other, discard it: the repressed, the neglected, the wasted, the lost, the sunken, the flattened, the desolate, the reversed, the diluted, the forgotten, the persecuted, the wounded." Heidi Bucher

With Heidi Bucher (* 1926 Winterthur, † 1993 Brunnen, Switzerland), Haus der Kunst presents an important and widley overlooked artist of the international neo-avant-gardes, whose latex works explore the constraints and liberation processes of human forms of existence. With her performative work, she directs attention to the body in space, in which experiences, relationships, and emotions are inscribed. The retrospective presents all the artist’s central groups of works to the public for the first time, from their beginnings to the experimental period in Los Angeles, the principal work with the architectural skinnings to the late work created on Lanzarote.

From Bucher's initial fascination with the interplay between art and fashion, genderless body sculptures began to emerge in California in the early 1970s. The wearable and danceable "Bodyshells" celebrate the artist’s conception of sculpture between performance and object, fusing sculpture, architecture, design, and dance. The works will be reconstructed and reactivated for a symposium in the context of this exhibition.

Performed under enormous physical effort, Bucher’s latex skinnings transferred psychic processes to the material. Taking possession of and transforming spaces became a leitmotif of the artist's work in the mid-1970s, beginning with the skinning of her own artist's studio Borg in the cold storage room of a former butcher's shop. In her parents' house, too, Bucher applied liquid rubber to the floor and walls of the "Gentlemen’s Study" (1978), which had formerly been reserved for the male members of the family, symbolically replacing the patriarchal family structure with this skin.

The settings Heidi Bucher chose often had private and public significance at the same time, such as the Bellevue psychiatric clinic on Lake Constance. There Bucher skinned, among other spaces, the "Parlour Office of Doctor Binswanger" (1988), where Sigmund Freud treated his first subject, the alleged hysteria patient Anna O., and later women's rights activist Bertha Pappenheim in close exchange with Binswanger. By skinning the entrance portal of the abandoned Grand Hôtel Brissago on Lake Maggiore, Bucher confronted a highly ambivalent space collectively occupied by guilt and shame: the hotel had initially been a resort for intellectuals and became a state-organized "internment home" for Jewish children and women during the Nazi regime. Bucher conceived of the skin as an interface to the world, a sensory storehouse of memory.

If Heidi Bucher exposed social as well as private power structures with her skinnings, she also opened the space for change. The aspect of metamorphosis is expressed in her manifesto "Parkettlibelle", in which she describes her work as a "process of metamorphosis," in which the detachment from social conditioning goes hand in hand with the softening and mobilization of objects, and indeed of static relationships. Bucher's oeuvre bears witness to an artistic discovery and emancipation of the sensual, feeling body in the twentieth century, preparing the ground for genderless utopias and positioning herself resolutely against rejection, oppression, and discrimination.

The retrospective features over 150 exhibits as well as previously unseen film and archival footage that illustrates the powerful performative quality of the artist’s work. 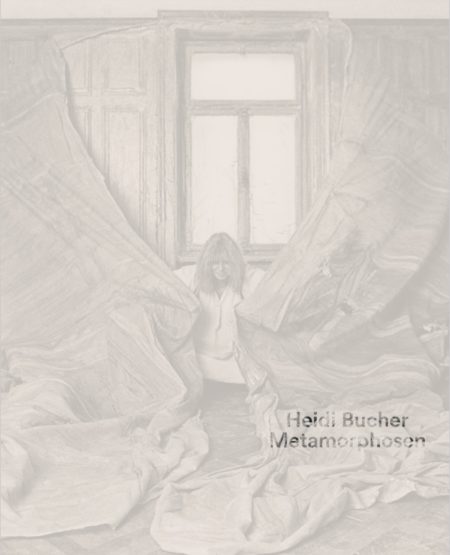