"Frank Bowling: Mappa Mundi" presents a comprehensive overview of rare and never-before exhibited large-scale paintings along with other works by the Guyanese-born British painter Frank Bowling. Born in Bartica, British Guyana, in 1934, Bowling left his native country at the age of nineteen, arriving in London in 1953 as part of the momentous wave of Anglophone West Indian and Caribbean populations who migrated to England in the aftermath of World War II. Later he would study painting at The Slade School, University College London, and the Royal College of Art, distinguishing himself with the silver medal for painting (David Hockney received the gold medal) in RCA's 1962 graduating class.

The principal anchor of this exhibition is the monumental and celebrated "map paintings" (1967–1971) that were first shown to acclaim at the Whitney Museum of American Art in 1971. For Bowling, whose art is preoccupied with place and history, like those of his Caribbean contemporaries, the poet Derek Walcott and philosopher Edouard Glissant, the use of maps as conceptual objects of painting make for a fitting transactional trope through which to tackle the idea of geography and narrative. Maps and mapping present not only an exploratory metaphor through which to mirror the physical weight of painting; they also project absorbing, metaphysical and protean domains.

Standing before the imposing presence of Bowling's immense, delicately worked, and tactile paintings – with their mists of muted colors, scumbled fiery substrates and volcanic surfaces – is to be emplaced; to be simultaneously grounded in a vast oceanic presence and anthropocentric field in which the beholder is able to generate new meanings of landscape and space. References to the natural world evoke reflections on the vernacular and the post-industrial, the mythical and the classical, the literary and the spatial. These references echo and limn imagery from the marsh flats of colonial Bartica in British Guyana, where he was born and raised, to the terrifying undertow of the Caribbean Sea that he sailed to escape the claustrophobia of island existence; from the ancient shores of River Thames, where he found a home and hearth in London (the capital of empire), to the gritty, unforgiving urban miscellany of New York, where he honed his artistic voice.

"Mappa Mundi" is thus an appropriate term to describe the absorptive presence of Bowling's monumental paintings. As when first made, today these paintings remain unparalleled pictures of astonishing physical power and stunning visual drama. Rarely has the experience of painting conveyed the feeling of such plenitude and mystery, of being both submerged and enveloped, swept away and invaginated; of being in one’s own body and out of this world. 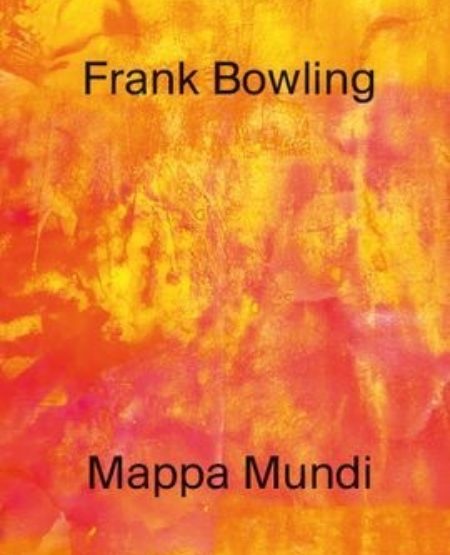