"Maniera moderna" is devoted to the multifaceted work by the Italian architect, designer, photographer Carlo Mollino (1905–1973), known, too, as a literary figure, stunt pilot and skier.

In the world of modern art, Mollino is something of an exception. He studied to be an architect in the era of Italian Rationalism of the 1920s. His early works already show individual mannerisms, a legacy of the influence of the Parisian surrealists: Contradictory forms and techniques clash the way they might in a surrealist montage. Mollino connects traditional construction forms like the Alpine log cabin style, with modern structures of reinforced concrete.

Mollino's photography also makes use of surrealist techniques, be that photo montages, or his artificial portraits and still-lifes that recall the work of Man Ray. For his very staged shots, Mollino created complex interiors that he furnished like film sets and in which he photographed female nudes for over three decades.

Right from the start, Mollino’s idea was to produce very strong images – a goal that pervaded all of his artistic creation: Stylising photographs through retouching and collages became more important than the act of photography itself, the medial image became as vital as the constructed room. The same applies to Mollino’s furniture, which, in spite of its functionality always retain a pictorial autonomy as a work of art. They are coveted by collectors. Today they recall sculptures, with chairs that might look like deer, chair backs like skis, the ribs of a table like a human spine.

The "Maniera moderna" exhibition is the first comprehensive presentation of Mollino's work in the German speaking region. The exhibits include furniture and drawings, his photo montages and Polaroids, as well as the race car "Bisiluro", built according to a Mollino blueprint and with which he competed in the 24 Hours of Le Mans in 1955. In addition to the historic originals, the exhibition will feature interventions by the artists Nairy Baghramian, Armin Linke and Simon Starling, who all make references to Mollino.

The exhibition catalogue recognized with the DAM Architectural Book Award

The exhibition is organised by
Haus der Kunst
In cooperation with
Wilfried Kuehn, curator and architect, Berlin
Armin Linke, curator and artist, Berlin

In collaboration with
Museo Casa Mollino, Turin
Archive of the Central Library for Architecture of the Turin Polytechnic
Staatliche Hochschule für Gestaltung, Karlsruhe 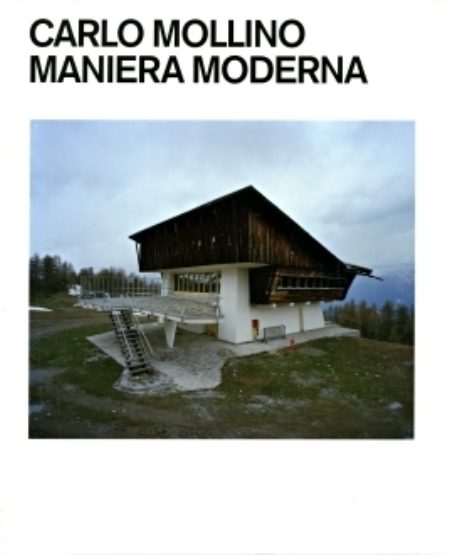