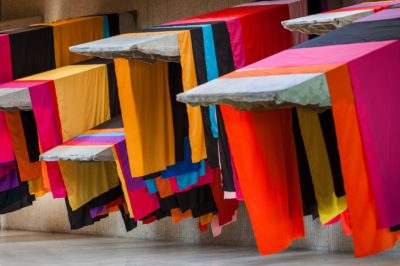 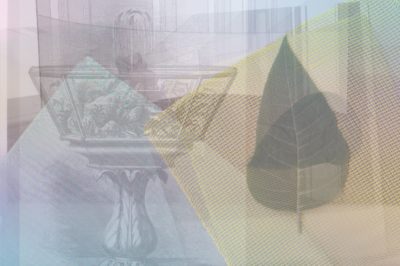 And Outside the City explores public space as a site of communal encounter and the dissolution of boundaries. A newly produced performance and short film screening draw connections between the exhibitions by Phyllida Barlow and Kapwani Kiwanga currently on view at Haus der Kunst. Although their working methods spring from different temporal and spatial contexts, the two artists are united by their impressive use of bright colors as well as industrial and everyday materials such as fabric, wood, and PVC. Their expansive installations blur the supposedly rigid boundaries between inside and outside, private and public space. They address our relationship to both animate and inanimate environments and ask how the material space that surrounds us influences our communal life in the present and future.

6 pm:
SOFT ROADER
A performance by Alice Peragine followed by an artist talk

I WANT TO BE YOUR INBETWEENNESS
YOUR RAW CRACK, BEARING WITNESS TO PAVEMENTS, MELTING TO MOLASSES
I INHALE YOUR EXHAUST

In Alice Peragine's work, breathing in the exhaustion of others becomes a metaphor for physical and material connectedness with the urban and technological environment. Her newly produced performance SOFT ROADER questions the interdependence of technologies and bodies using the example of the automobile. A camouflaged SUV moves slowly from the courtyard of the Lothringer 13 Halle to the parking lot of Haus der Kunst. Soft fleece is gently rolled out of the trunk onto the asphalt in a kind of breathing motion, becoming an act of caring in rough times. As the French group Télepopmusic phrased it already in their 2001 song "Breathe":

We're all used to it by now. But how can we remain sanguine and assertive when appearing, exchanging and interacting are central to our own practice? In the permanent sounding out and renegotiation of constantly changing situations, institutional questions also come into view: How can art and an experience of art be made possible with closed doors? SOFT ROADER shifts, switches into another gear. We're used to it by now. Another day, just breathe.

The performance will be followed by a conversation with Alice Peragine and Lisa Paland, curatorial fellow at Haus der Kunst.

The screening shows four short films shot in Berlin, Jönköping, Hong Kong, and Bucharest. In each of these specific and differentiated locations, the films address overarching questions of community, exile, and the distribution of power in public space. How do we orient ourselves between inside and outside? Who finds space here; who is visible (and who is not)? Johanna Billing's film In Purple (2019) demonstrates strategies of feminist appropriation through street dance in Råslätt, a marginalized neighborhood of Jönköping. Stephanie Comilang's 2016 sci-fi documentary Lumapit Sa Akin, Paraiso (Come to me, Paradise) traces the lives of Filipina immigrant workers in Hong Kong, highlighting forms of community in the diaspora and the crucial role of public space in both urban and digital contexts. In Iskandar Ahmad Abdalla's short film Balcony of my Dreams (2020), the balcony is understood as a spatial allegory that represents the boundary between private and public, but also between home and exile, dream and reality. Cruising (2019) by Jimmy Robert gathers five performers in Bucharest along the road from the parliament or "People’s House" to the People’s Salvation Cathedral. In an act of queer resistance, the power of politics, architecture, and religion is questioned.

The performance SOFT ROADER by Alice Peragine is commissioned by Haus der Kunst and created in cooperation with Lothringer 13 Halle. On 24.04 it activates the text work I INHALE YOUR EXHAUST, which is installed at the access road to the parking lot of Haus der Kunst as well as in the courtyard of Lothringer 13 Halle. The writings are part of the project EXHAUSTER – Construction Site-specific Installation from the Carbon-induced Confusion Series by Alice Peragine at Lothringer 13 Halle and in Munich’s public space. The installation EXHAUSTER with video works by the artist can be viewed from outside at the front of Lothringer Straße 13 until May 16.