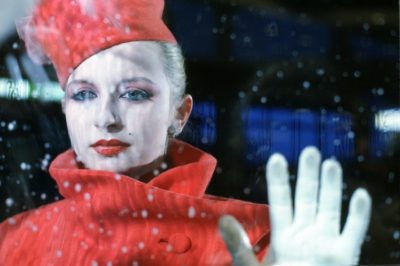 From the beginning, works by women have had a significant importance in the Sammlung Goetz. Thus, central individual positions – like those of Yayoi Kusama, Rosemarie Trockel and Mona Hatoum, or groupings like the Young British Artists – were established early on, and the work of such artists collected consistently over the years. In her passion for collecting, Ingvild Goetz allowed herself to be guided by her interest in socio-political topics, formal-aesthetic issues and artistic materials, while always remaining open to new discoveries. The Sammlung Goetz celebrates its 25th anniversary in 2018 with a three-part exhibition in its own museum and in Haus der Kunst; the show is dedicated to women artists and their works, which are presented in an intergenerational dialogue.

In the second part of the exhibition, staged in the former air shelter in Haus der Kunst, the focus is on the body and the exploration of its limits, as well as the examination of social concepts of sexuality, gender and identity in moving images. Since its beginnings, video art has been used as a medium for self-reflection and the documentation of performances. On display are videos, films and installations by artists from the 1960s to the present day.

The public guided tours last 1 hour and cost 3 € plus admission. Participation is possible without registration.

You can also book all tour formats privately at special package prices for your preferred date.