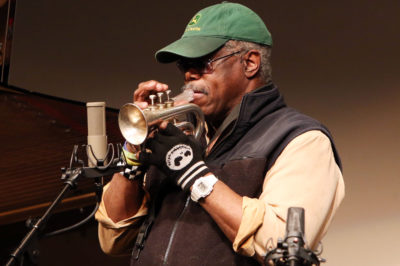 Berlin-based label Monika Enterprise presents a new series called "Monika Werkstatt". The Werkstatt will offer discussions of latest productions, introduce and debate women's role in electronic music production and the relationship between programming and improvisation. One of the main foci is interacting wit the audience and presentation of works in progress. Space for development will be a strong theme, but hits and fun won't be left out. All participating musicians perform solo and then improvise together, premiering collaborations and composing/improvising in real time, culminating in the duo Gut & Irmler.

Berlin musician, composer, producer and broadcaster, Gudrun Gut (formerly of Einstürzende Neubauten, Mania D!, Malaria, and other bands) is a seminal figure in the German music scene and founder of Monika Enterprise. Through her interdisciplinary practice and regular output of recordings and performance activity, she has maintained a high profile in Europe for more than 30 years.

Her pursuit of avant-garde sound brought Colombian artist Lucrecia Dalt to Spain and then to Germany, where she currently resides. While highly technical, Dalt's music maintains a quantity of emotionality, merging accessible melody with abstract structures, handcrafted effects and sampling.

Natalie Beridze TBA is a Georgian music composer and songwriter. Beridze was born in Tbilisi, Georgia, in 1979. She has been performing live concerts worldwide since 2004 and is known as the first Georgian female electronic music artist. In addition to her solo projects she has collaborated with artists such as Thomas Brinkmann, AGF (Antye Greie), Gudrun Gut, Marcus Schmickler, Nika Machaidze, a.k.a. Nikakoi, and Ryuichi Sakamoto. Besides her contribution to Georgian electronic music and songwriting, Beridze works on compositions for acoustic instruments, orchestra, and choir.

Danielle de Picciotto is an American-born artist, musician, and filmmaker. She was born in Tacoma, Washington, but now lives and works in Berlin, Germany. In 1989 de Picciotto, along withDr. Motte, founded the first Berlin Love Parade. A member of the band Space Cowboys until 1995, she was instrumental in Berlin's Club-Art-Culture movement through 2000, in which she was active as both an artist and curator. In 1998 she founded "The Institute", a gallery, in which she represented more than 150 artists, musicians and writers. She continues to stage exhibitions and events with Berlin artists, musicians and DJs in the international arena. De Picciotto just released her new album "Tacoma" on Monika Enterprise's sister label Moabit.

Sonae put out her first release in August 2012 with the two-track EP "Cologne" on ambient and electronica label "A Strangely Isolated Place". Her remix of "Saint" by Markus Guentner followed in 2013, a compilation release for "Entmutigt", and "Song of Hate and Anger" was included as the last track on Markus Guentner's exclusive mixtape for Substrata Festival which also featured artists such as Ismael Pinkler, Gustavo Lamas, and Rafael Anton Irisarri.

Jochen Irmler was a founding member of legendary German krautrock band "Faust" in 1971. His project with Gudrun Gut was beautifully introduced by Max Dax in 2015: "The notion that Jochen Irmler and Gudrun Gut would one day merge the best of their two worlds was never quite to be expected. We hear Irmler's meandering, wistfully psychedelic organ sound, seeming to come from a different era. (…) Both approaches to music – Irmler's Krautrock-informed willingness to explore on the part; Gut's structured and technoid Berliner discipline (which is practically a contradiction in itself) – are conjoined in glistening beauty on a collaborative album '500m'".

The event is part of the series Improvise NOW!!! Part 1 – Into the Machine: From Turntable to Laptop

"Improvise NOW!!!" is a cooperation with the Goethe-Institut.