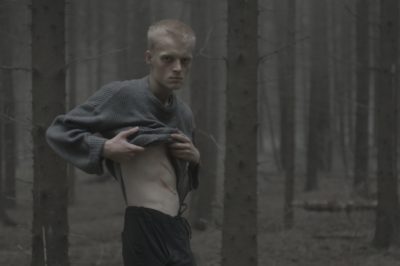 For the Kapsel 08 exhibition at Haus der Kunst, the Russian filmmaker Polina Kanis has developed a new immersive video installation, The Procedure [2017]. Kanis adopted a fictitious museum building as the starting point for the piece, which examines the cohesion and division within a community. After the building was damaged by an incomprehensible catastrophe, all attempts to clarify what happened to the structure end with the same answer: “I saw nothing.”

In a discussion with Daniel Milnes, Kanis will place this new video installation in the larger context of her oeuvre, spanning from earlier works, which have a strongly performative character, to her more recent films, which make use of feature film aesthetics; using excerpts from her videos, Kanis’s artistic development is outlined.